Ever since Nightmare had ended their “JACK IN THE BOX!” radio show, the members have been scarce on the airwaves. But no more! Ni~ya just announced he will be a guest alongside HAKUEI on FM Aichi’s “Nori Nori Ikouze☆”
END_OF_DOCUMENT_TOKEN_TO_BE_REPLACED 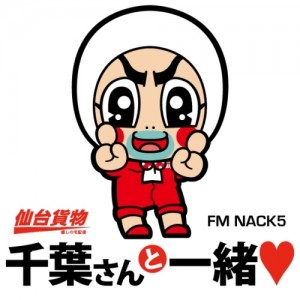 Announced toward the end of the last episode of “Jack in the Box!”, Chiba interfered with Yomi and Hitsugi’s final sentiments on the show by announcing his new show titled NACK5仙台貨物「千葉さんと一緒♥」(NACK5 Sendai Kamotsu “Together with Chiba-san ♥”).
END_OF_DOCUMENT_TOKEN_TO_BE_REPLACED

Just a friendly reminder tomorrow is the last time Jack in the Box will go on air. The show will be on at 11:30PM JST (10:30AM EST). You can listen in through Rajiko if you live in Japan or through Keyhole TV if you leave overseas. If you can’t catch it tomorrow, it should be[…]

The band’s twitter account tweeted an important announcement that was to be said during Nightmare’s weekly show, Jack in the Box.

It’s been 9 years since “Jack in the Box!” started. We had some laughs, tears and touching emails, but all good things have to come to an end.
END_OF_DOCUMENT_TOKEN_TO_BE_REPLACED

September will be a very busy time for the band. Not only will “SLEEPER” be released, they have to be at radio interviews and promotional events. Along with that, they are currently in and out of the studio recording. Sept. 8th (Thurs): Talk, Handshake and Raffle Event Location: Nishinomiya Gardens 4th Floor Time: 6PM- Sept.[…]

Sakito will be doing a talk session with Creature Creature’s vocalist, Morrie, on Feb. 18th on NACK 5’s “Beat Shuffle” show. It is a live streaming show where you have to be a member of the Beat Shuffle Streaming club in order to see it. Source: OHP, Nack 5