Congratulations to the band in doing well in their “publish and recover!” show.

On their homepage, they have finally revealed their new looks for Vermilion. 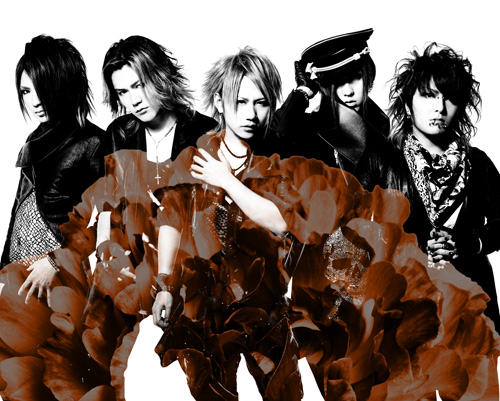 END_OF_DOCUMENT_TOKEN_TO_BE_REPLACED

Nightmare’s OHP has posted a message regarding the earthquake and a short message from all the members.

We deeply express our condolences to everyone on the recent Tohoku earthquake and the damages it has caused to the victims. Everyone was beginning to worry about the relatives of Nightmare, but they have been confirmed to be safe and sound. Our heartfelt prayers hope they can begin reconstruction as soon as possible.
END_OF_DOCUMENT_TOKEN_TO_BE_REPLACED

Japan is currently rallying everyone who can donate a little to help out with the tragedy of their earthquake and tsunami. Recently, Ni~ya has been added onto the list of celebrities on the SHOW YOUR HEART campaign. Below is a translation of his words.
END_OF_DOCUMENT_TOKEN_TO_BE_REPLACED

Follow Sakito @suck_it_nm. So far, he has only been writing about the current situation following the earthquake and tsunami. The good news is, all of the members’ families are safe and unharmed. We have been translating Hitsugi and Ruka’s tweets via our own Twitter to let overseas fans know they are okay.

Because of the earthquake that hit Northeastern Japan (from Tokyo to Sendai) yesterday, the show at Shinkiba Studio Coast was stopped for the safety of the band and the fans. The earthquake was measured at an 8.9, causing a tsunami that swept away 88 lives in Sendai, with hundreds more missing. On the website, they said the show will be rescheduled to March 31st. More information will be released as soon as they have anything new. Hitsugi has written through Twitter that he, the band and staff members are all okay and unharmed.
END_OF_DOCUMENT_TOKEN_TO_BE_REPLACED

Nightmare revealed their show goods for their upcoming performance this Friday. Source: OHP