Just announced on GREMLINS’ Twitter account, their second single that will be released on March 5th (Hitsugi’s birthday) is called “故,” (“Yue,”). The single will come in two types.

GREMLINS’ OHP have also placed up a new promo image. 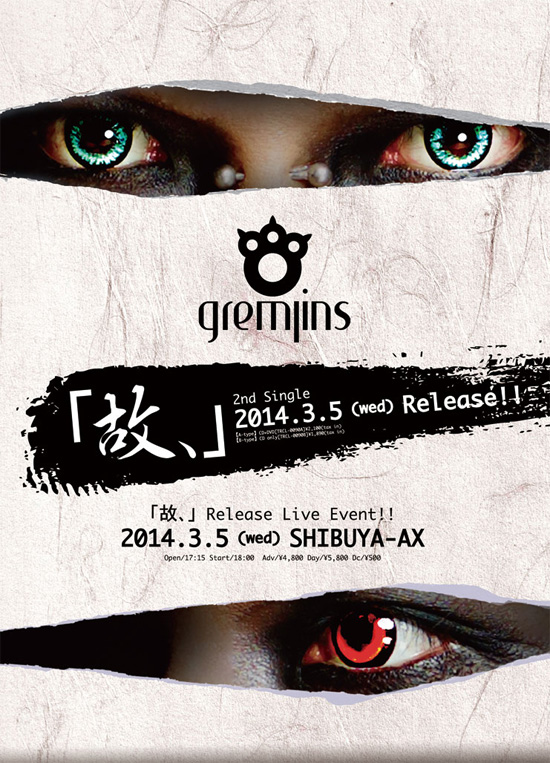 GREMLINS will hold a live at SHIBUYA-AX on March 5th. Tickets will cost 4,800 yen if pre-ordered, 5,800 yen at the door and are on sale now. There will also be a handshaking event after the show, where fans can bring gifts to give to Hitsugi and KNZ.